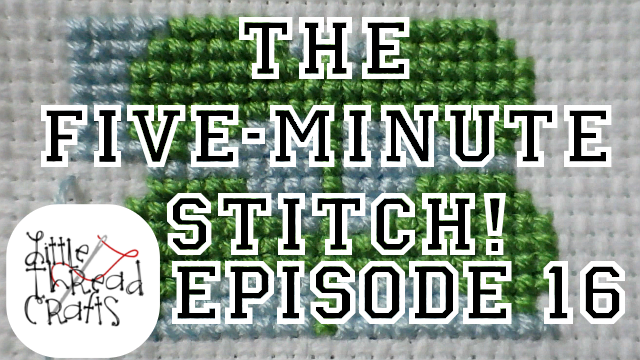 Welcome to Episode Sixteen of The Five-Minute Stitch!

I explain where the videos went for a few weeks and continue work on the snail.

END_OF_DOCUMENT_TOKEN_TO_BE_REPLACED 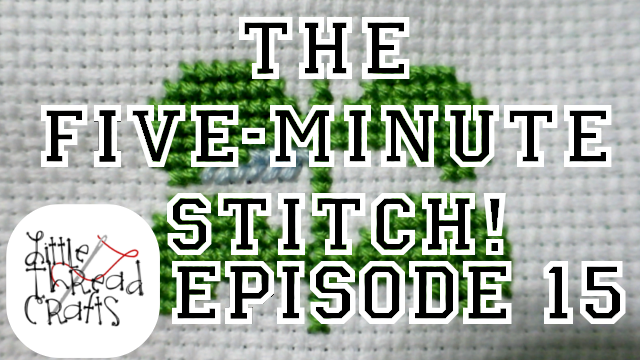 Welcome to Episode Fifteen of The Five-Minute Stitch!

I talk about the virtues of small kits and how impressed I am with small kits having a lot of detail, and talk about several finishes I’ve done of different sizes.

END_OF_DOCUMENT_TOKEN_TO_BE_REPLACED

Welcome to Episode Fourteen of The Five-Minute Stitch!

I return back to the bookmark for a bit of stitching on the green color before moving on to the variegated thread again.

END_OF_DOCUMENT_TOKEN_TO_BE_REPLACED

My wrist is feeling pretty crummy today and I’ve got class tonight, so I really don’t feel like doing anything… since the chance of me doing any stitching to cheer myself up is low, I thought it might be nice to write some articles for the blog instead!

Funny story: when I first started this project I was about to go on vacation to Florida for a week… that was almost two years ago now! I took it with me to stitch on and ended up spending all my time in the ocean so I don’t think I got more than 10 stitches done on it? Fast forward two years later, I’m going on vacation to Florida, and having completely forgot that this was the project I took two years ago, I brought it with me to stitch on!

So this is where we left off last time: 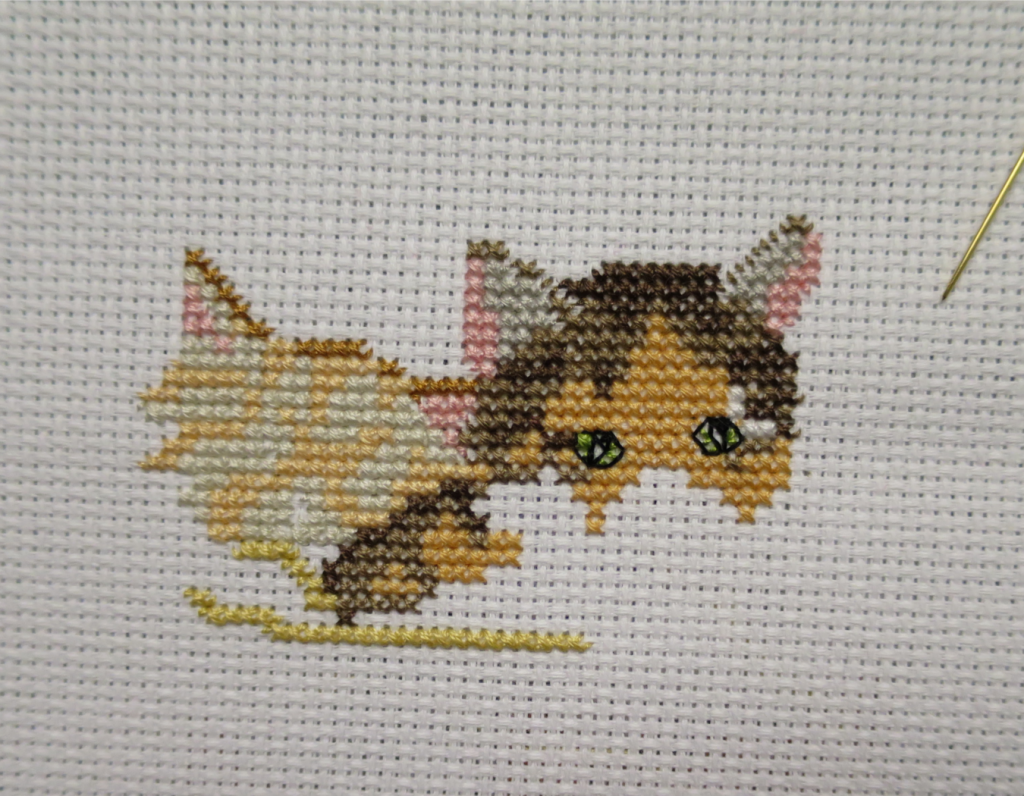 The current progress, after forty some stitches.

Again, I spent more time in the ocean and on the beach than I did inside with my stitching so I didn’t get much done. But, we spent the night at my boyfriend’s grandpa’s house on the way back home and there was a nasty storm, so I stitched some while the power flickered, and I stitched some more as we finished the last half of the drive. I don’t know how many stitches I finished… but I feel like I made some progress!

This is the sum total of all the stitching I did on vacation: 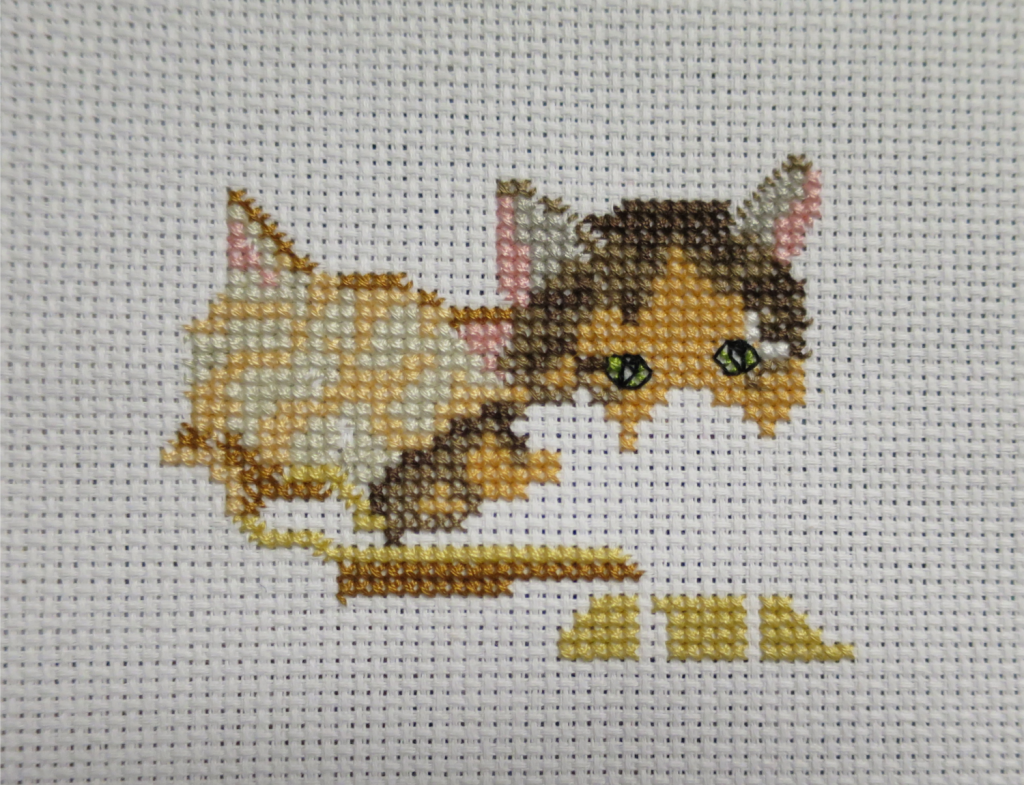 I finished the stitches on the left kitten where I had run out of thread, and I started on the basket both kittens are sitting in. There are a lot of fractionals in that area! I seem to pick the projects with the maximum amount of fractionals in one area. It drives me crazy! I don’t mind doing fractionals but I do mind them on aida, and that’s all I seem to stitch on. I debated starting on the white on the right kitten so it didn’t look like a zombie ate part of its face, but my philosophy is always to save white on white for as close to the end as possible! I was happy to work with darker thread and different colors. I don’t like confetti stitching but working with the same colors can get so dull after awhile.

THIS is an example of why I Don’t Like Large Projects!

So this is where I left off on my “God Sent Special Things” cross-stitch piece that was a part of my failed Cat Rotation: 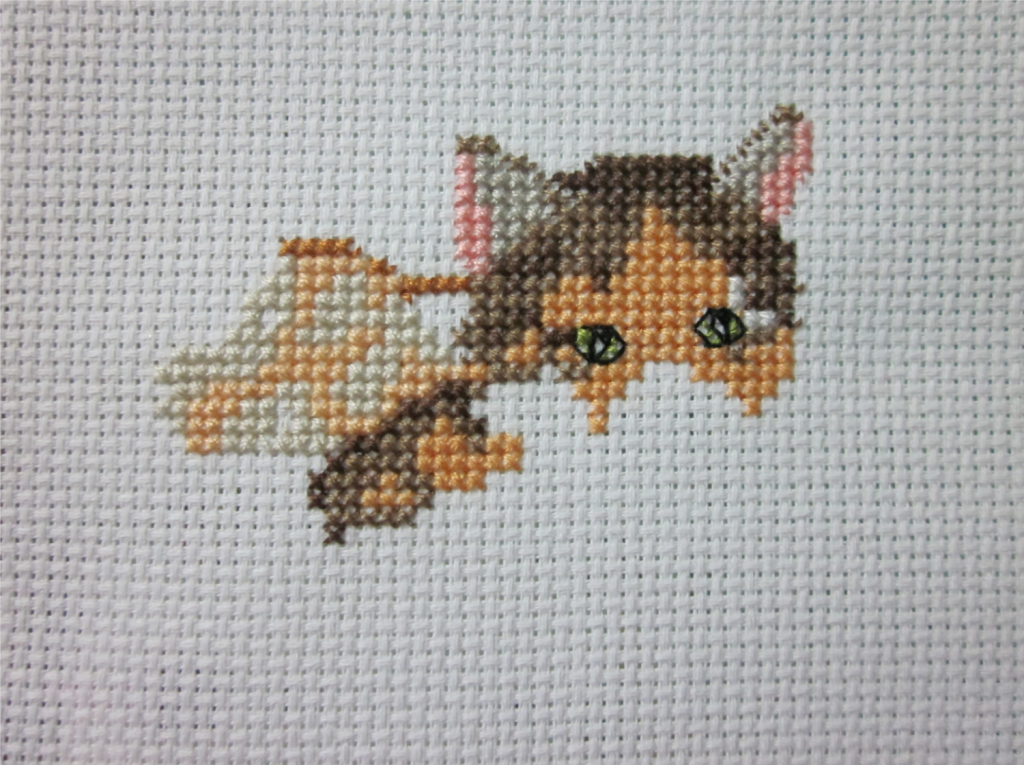 Where I left off last.

END_OF_DOCUMENT_TOKEN_TO_BE_REPLACED 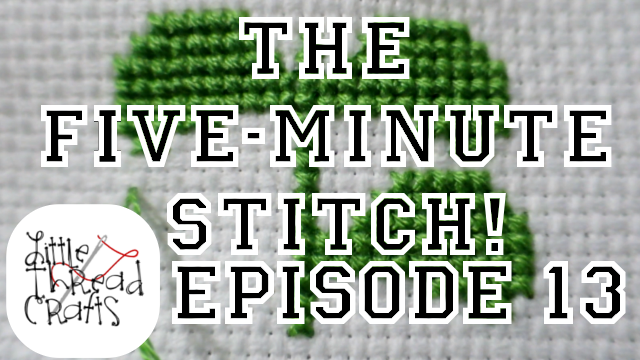 Welcome to Episode Thirteen of The Five-Minute Stitch!

All I talk about is railroading this video, to catch those who only started watching up to speed. I get asked about it pretty much every video! (I really messed up my wrist at work the other day, so of course it’s flared up again, and I am wearing my brace in this video.)

END_OF_DOCUMENT_TOKEN_TO_BE_REPLACED 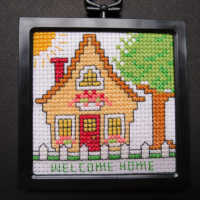 As we are all very well aware, I am a big fan of mini kits. My favorite mini kits are the ones that have a lot of detail in a few small amount of space. Today’s Friday Finishes is one of those detailed mini kits!

Designed by: There is no designer listed.

Distributed as a kit by Plaid Bucilla.

END_OF_DOCUMENT_TOKEN_TO_BE_REPLACED 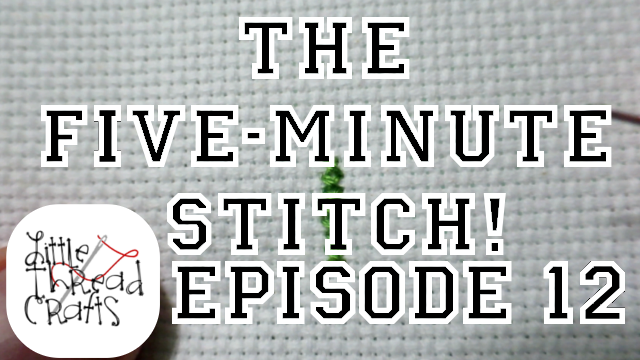 Welcome to Episode Twelve of The Five-Minute Stitch!

I start on a new project and end up talking quite a bit about stitchers dissing on other stitchers, along with a really cool article I saw the other day!

END_OF_DOCUMENT_TOKEN_TO_BE_REPLACED 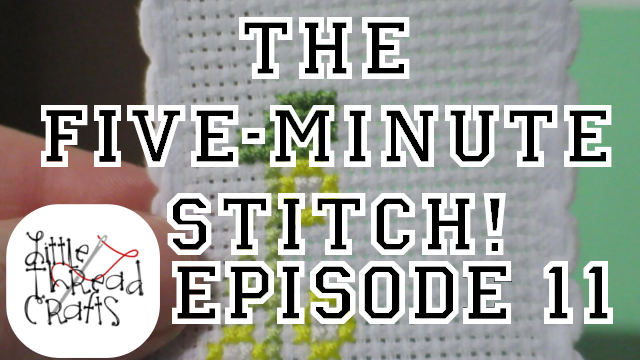 Welcome to Episode Eleven of The Five-Minute Stitch!

I discover a mistake just as I begin to stitch a new color. (My wrist is flared up, so I’m wearing my brace in this video!)