Term of the Week: WISP & WIP 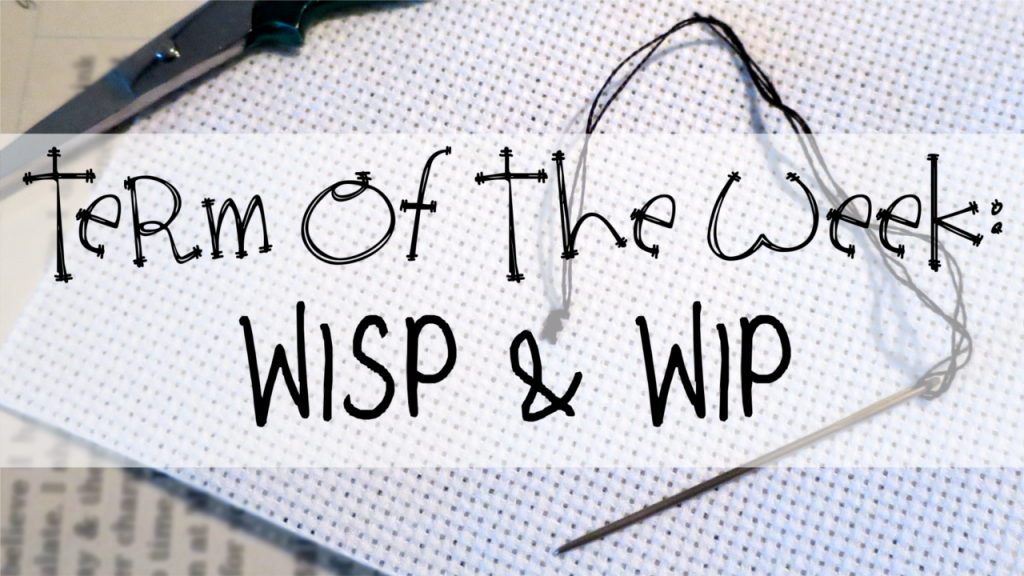 This week’s Term of the Week is actually one I have never heard until recently! (Which is a little surprising considering all the research I’ve been doing into all the terms, plus it seems common sense.) I’ve also included another one in here because it would be too short to have its own article.

So, WISP is an acronym: what does it stand for? Well, the acronym WIP is a pretty common acronym known across many crafts and fields, meaning ‘Work in Progress’. WISP is just a variation of that: it means ‘Work In Slow Progress’. It’s pretty much WIP with an added word to it that describe a much slower WIP.

It’s when you’re working on a project, but it’s moving very slowly: whether it’s because you keep setting it down for long stretches of time or it’s an especially difficult chart or you’re just moving slow in general. The key difference between WISP and UFO is that the project is still being actively worked on.

For example, my Cat Rotation and my Native Wolf Dream Catcher are extremely slow-going, but I wouldn’t call them UFOs because I do regularly pull them out and work on them. I’d work on them more if I didn’t keep getting distracted by new projects (such as my pillow cases) or making gifts/working on Christmas presents. If I decided to put them aside completely to work on new things, THEN it becomes a UFO – otherwise, it’s considered a WISP.