Term of the Week: Railroading 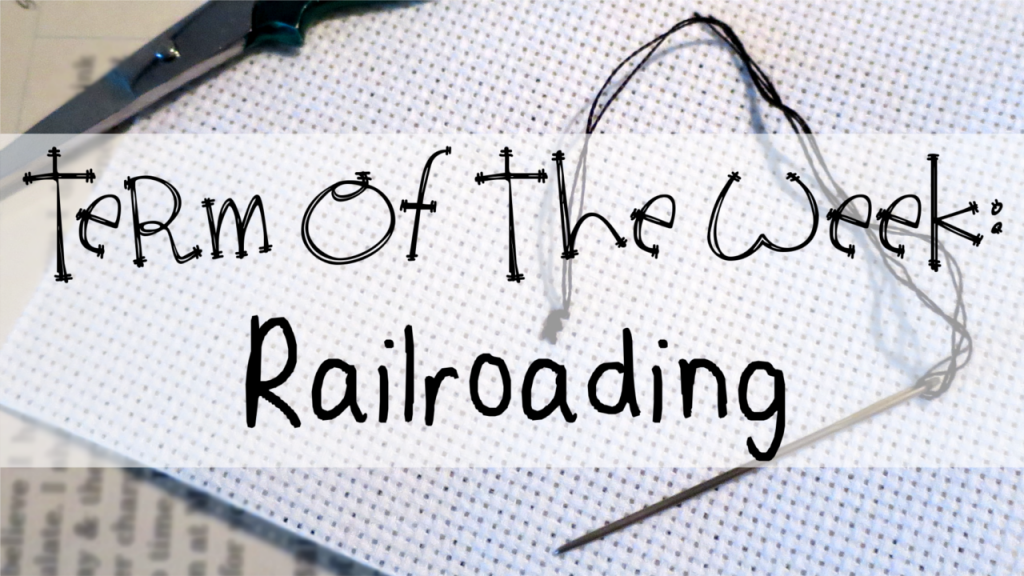 This week’s Term of the Week is a tactic I personally use with all of my stitching! Maybe you will too after learning the term.

The word “railroading” stands for the act of making your stitches lie flat against the fabric. There are different ways to do this – I believe they use the same word in needlepoint and it does something a little bit different than what it does for cross-stitch.

For cross-stitching specifically, to “railroad” your stitches means to place your needle between your two strands of thread before pulling it through the fabric. This forces the stitches to lie flatter on the fabric, rather than bunch up one on top of the other. I’ve found it also keeps the thread from tangling as easily because it also forces the thread to straighten as it is being pulled through the fabric.

You can railroad with any type of thread and as many strands as you are using to stitch – I’ve done railroading with three strands where I alternated two threads on the left, one thread on the right. Same goes for five strands!

A close up of how to railroad two strand stitches.

Above is an example of how I railroad. I pull the thread in the direction that I’m doing the cross. Then, I put my needle in between the two strands, and pull through the fabric. As you can see in the second picture, the stitch is lying flat on the fabric, with the two strands side by side, rather than bunched together, or one under the other, or turned about.

While no one is required to railroad while they’re stitching, many stitchers consider it high on the list of “stitching etiquette”, along with having the crosses all going in the same direction.

Why is is called railroading, you ask? The two strands resemble the rails of a railroad – straight, one next to the other, for as far as the eye can see! Like when you put your needle between the two strands, and when the thread lies flat on the fabric.