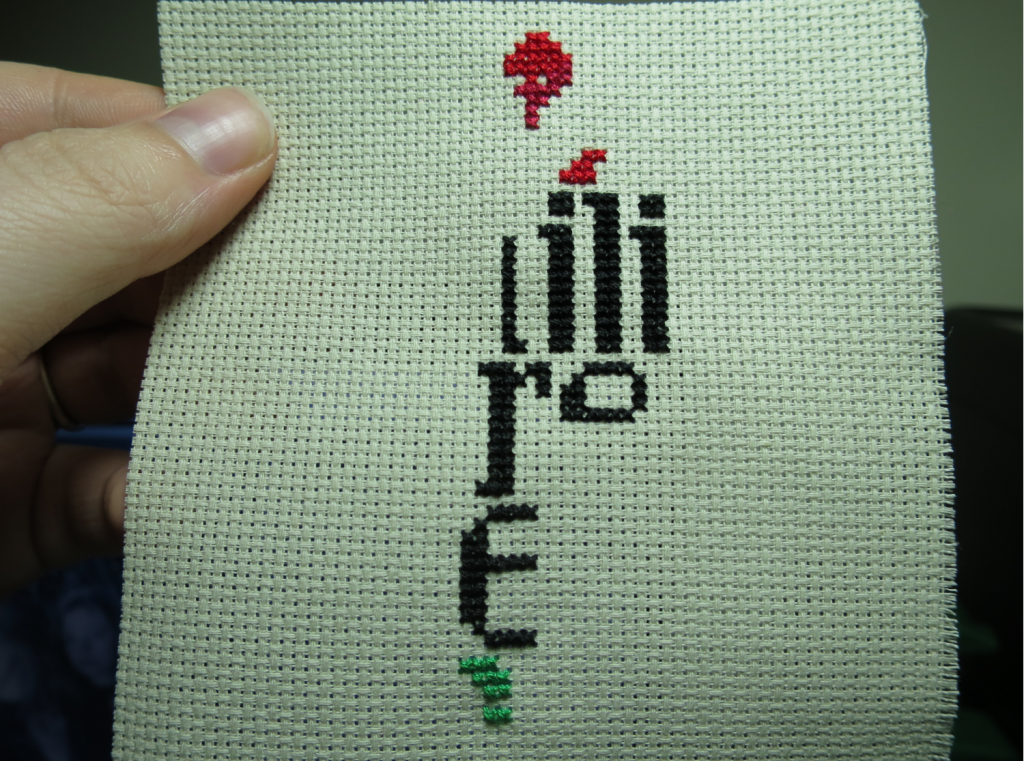 After that last photo, I got a LOT done on the letters before I took my next picture. I finished the ‘M’, completed the entirety of the word ‘are’, and got the ‘O’, ‘R’, and ‘E’ done of Forever: 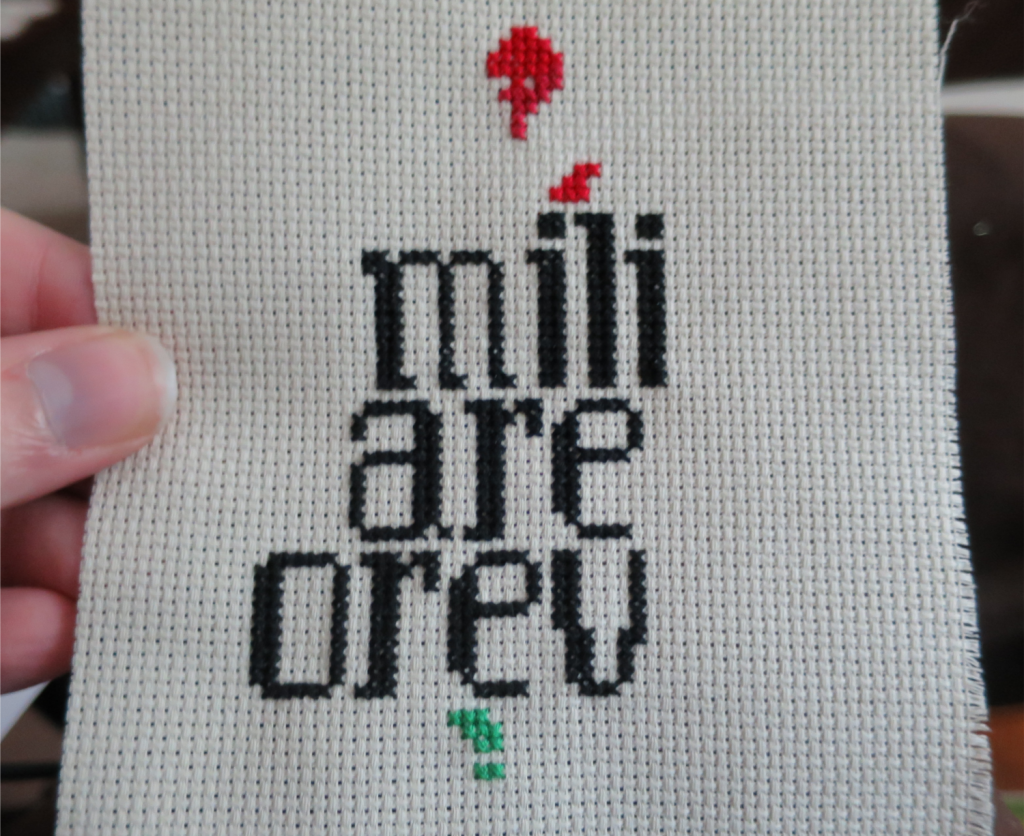 Got a lot of the letters done!

I decided to go ahead and get the word “Forever” done next, since it was almost complete anyway. And it was easier counting down and over than up and over which I’d have to do for ‘Families’. So I got the ‘F’ and the ‘E’ done next: 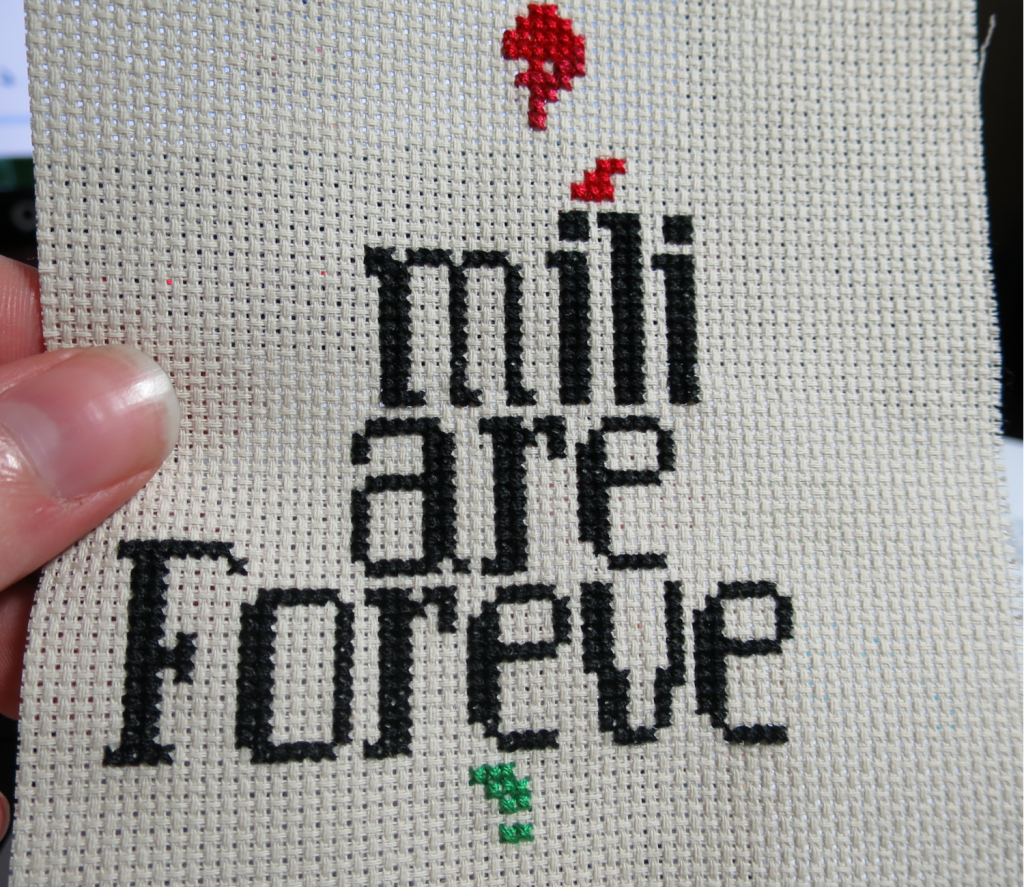 After that, I got bored of doing letters and decided to work on the top and bottom border. I finished all of the dark red on the flower, and got half of the vine border finished along the bottom. Because I was short on time and fabric, I made some alterations to the vine: rather than doing a thick leafy vine throughout, I left the center leaf only and then did a single stitch line as the vine: 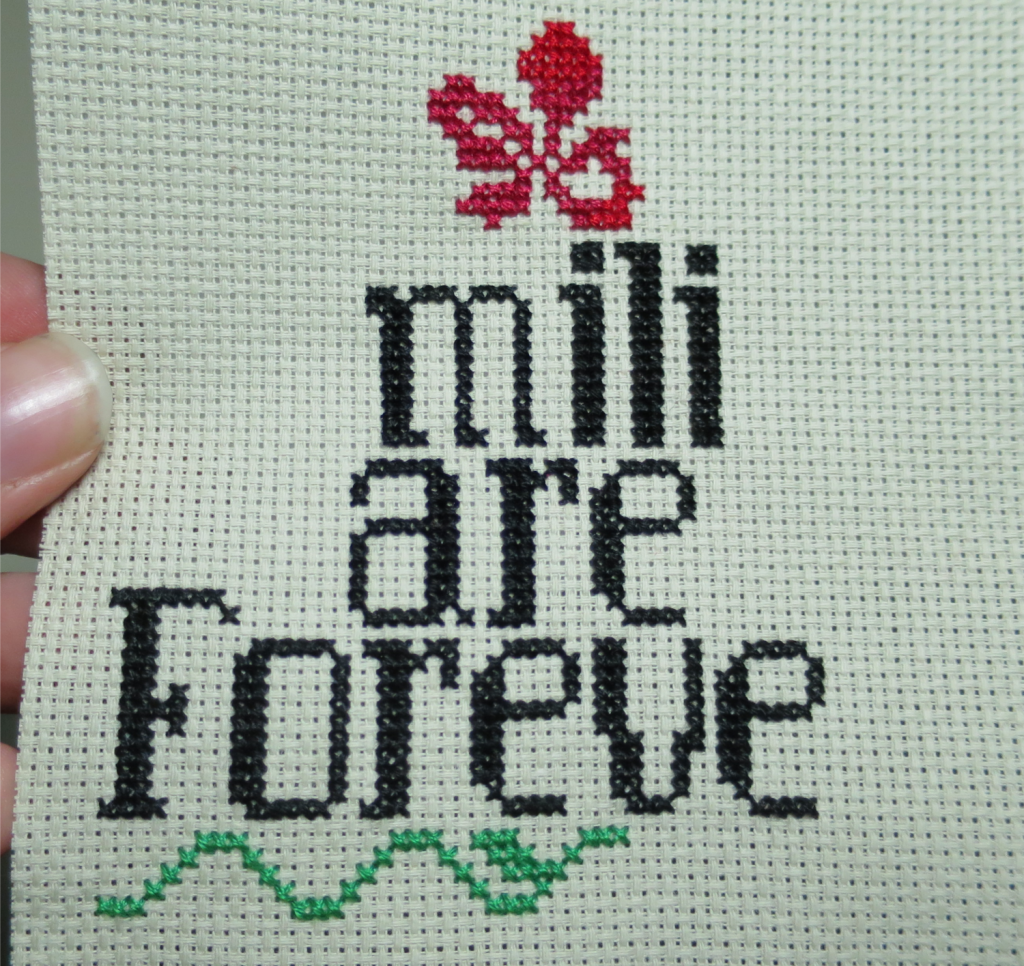 Working through the borders. Less than half the chart to go!

I didn’t stitch very much after that. Just enough to finish the bottom vine border: 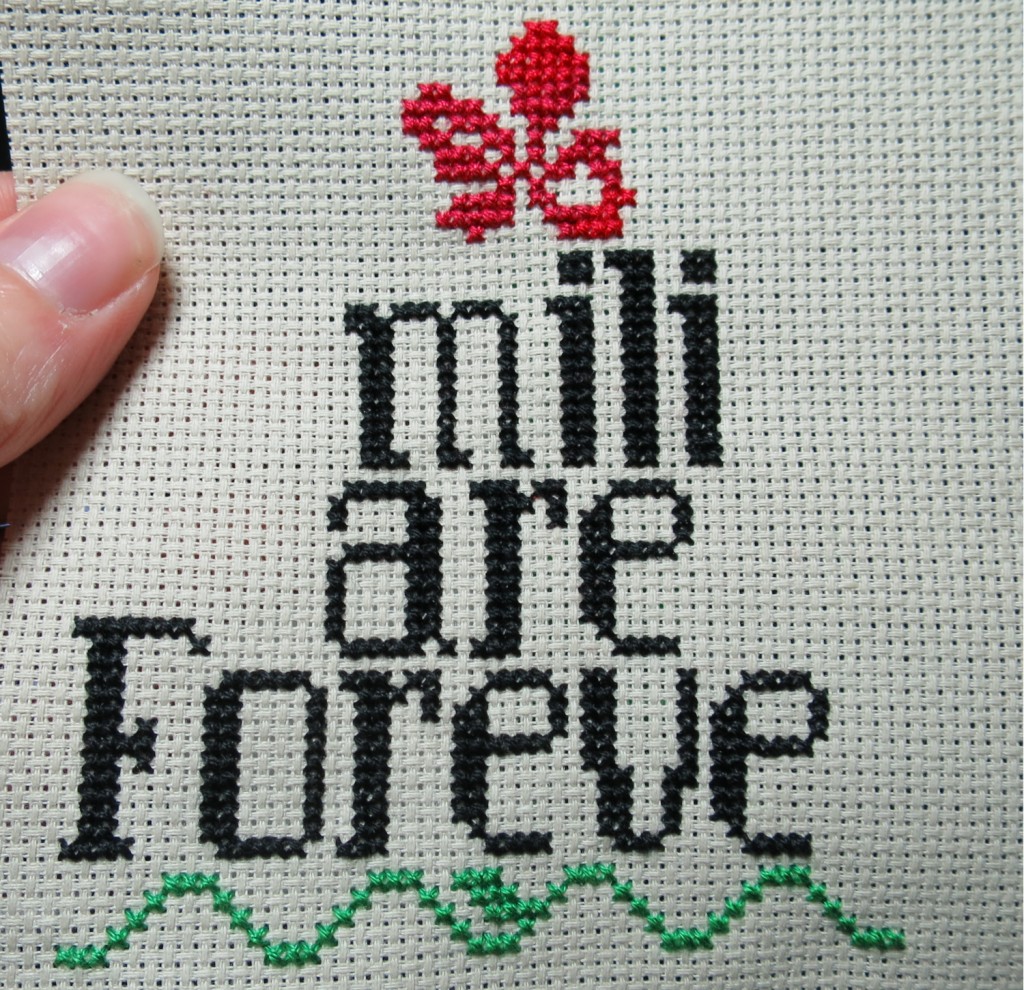 Then I took a small break from it in order to work on other things. So that’s all I was able to get done at this point!