Term of the Week: SAL 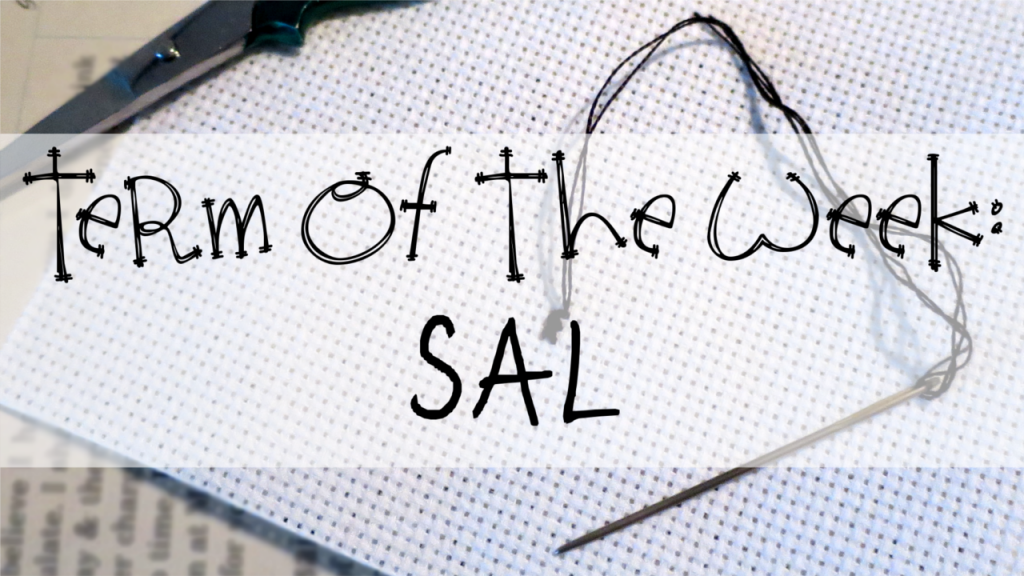 I figured, since we’re on an acronym trend why break it now? So we’ve got another popular acronym for this week’s Term of the Week!

SAL is a well-known, popular term among stitchers. It’s an acronym that means Stitch-A–Long.

A Stitch-A-Long is an event similar to UFO Wednesdays. It’s usually structured like this: a group of stitchers choose a pattern, and week by week they stitch the design. A finish date is set, and everyone is encouraged to share their progress each week and finish the design by the set date. Once the SAL is done, a group of people have now all stitched the same design.

It started out in groups of stitchers meeting in person each week to stitch the design, but with the rise of technology and the Internet, stitchers from all over the world can participate in a SAL without ever actually meeting each other.

Designers and cross-stitch companies have picked up on this SAL trend, and nowadays several designers will sometimes do what is called Mystery SALs. It follows the same rules as a SAL, but the entire chart is a mystery; each week, the designer releases a new part of the chart for the stitchers, and the design is revealed over time. There are some downsides to this: some stitchers don’t like the mystery behind the design, because once finished, they may not like the design, and they wouldn’t have stitched it had they known what it was.

Other designers do Private SALs. They design a chart for the stitchers on their fan page or in their Facebook group, give it to them to do as a SAL, but only the stitchers who were in the group or signed up for the SAL get the design. The chart may or may not be released later for the general public.