Term of the Week: Finish 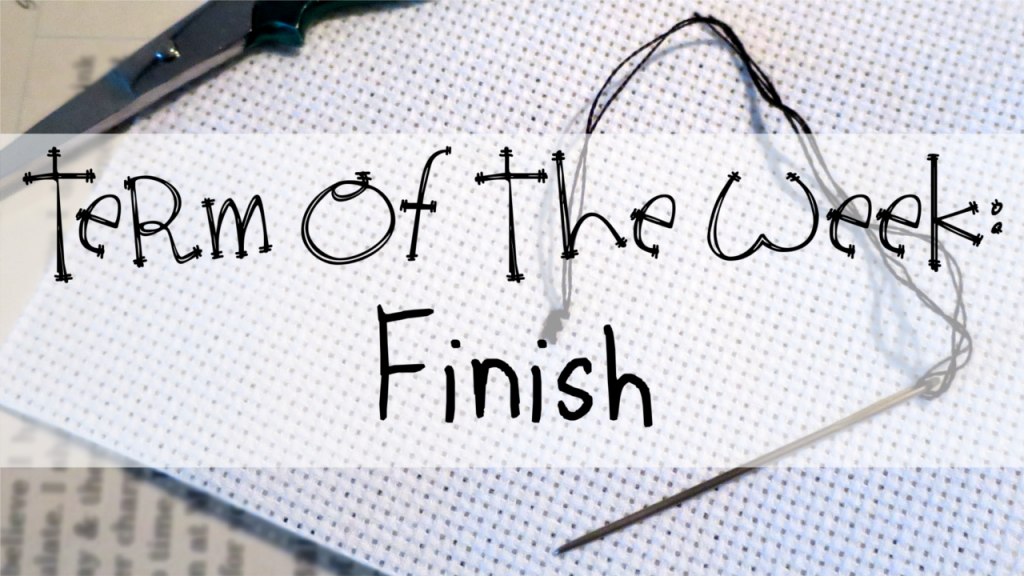 Today’s Term of the Week is one used by all stitchers! It’s a lot like the term Kit by the fact that it is used as both a noun and a verb. It’s actually a very basic term used in hundreds of other applications in the English language, but I thought I should go over it regardless. 🙂

To Finish is exactly what it sounds like, and is the exact same usage as it would be for anything else. For example, “I finished my latest project last night!” It also usually encompasses a sense of pride because you managed to finish the project in question and create a keepsake that will last for generations to come!