So I started this project on one of my Five Minute Stitch videos, so you can see the initial few stitches starting from here:

And I talk about why I picked this project and all that good stuff. 🙂 But in case you don’t wanna watch: my cousin is having her sixth baby (and her second girl!) here in a couple months. I wanted to do a sampler but if I did the baby would be five years old before it was finished. I’m very slow with stitching! So I decided on one of my mini kits instead. It’s a Janlynn kit called “Sweet Baby” – I can give exact details as needed, or you will see it in the Friday Finishes when the project is complete. 🙂

So this is where I finished in two videos: 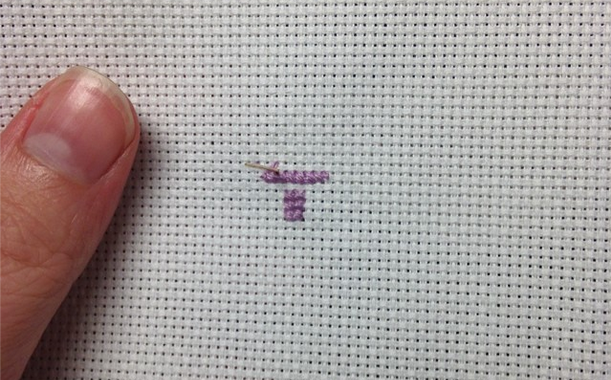 I did a little more going towards the bottom – I don’t like counting up from my last stitch if I can help it. Too easy to lose count! But around when I started the yellow I realized exactly HOW many fractional stitches this project has… too many, that’s how many. Sooo many fractionals! 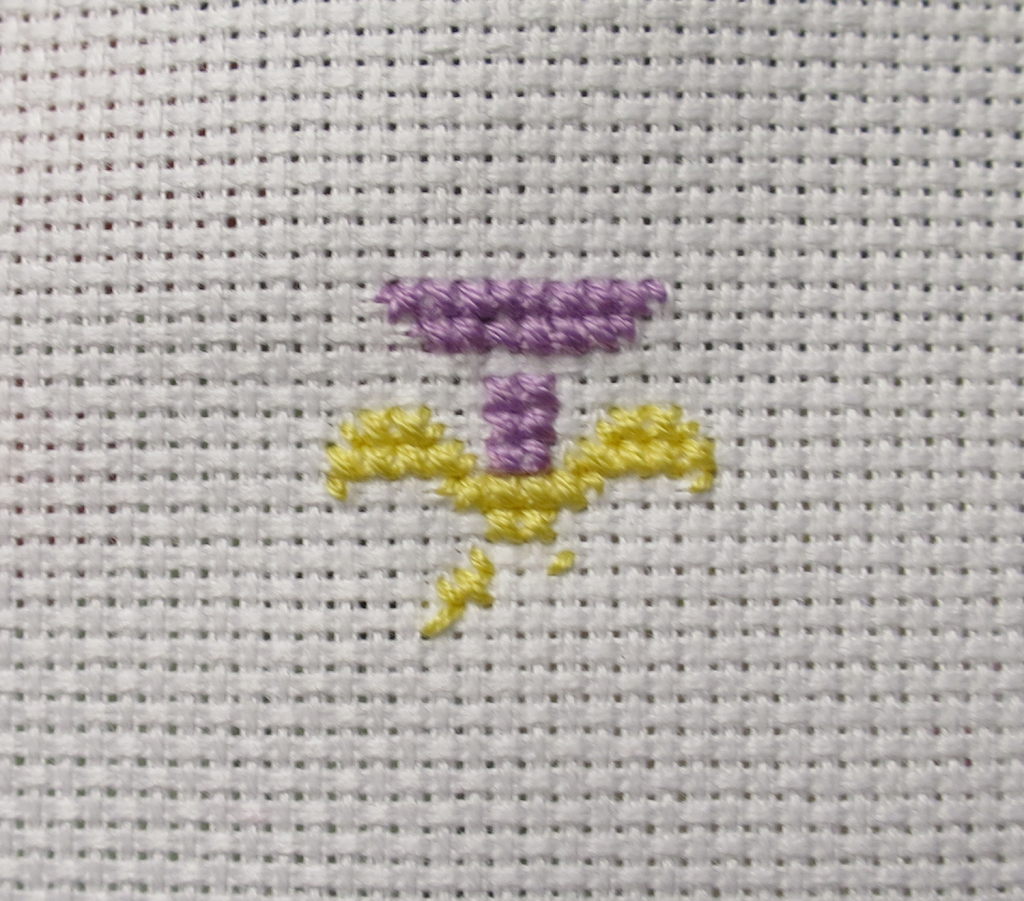 I just started into the fractionals on this picture… 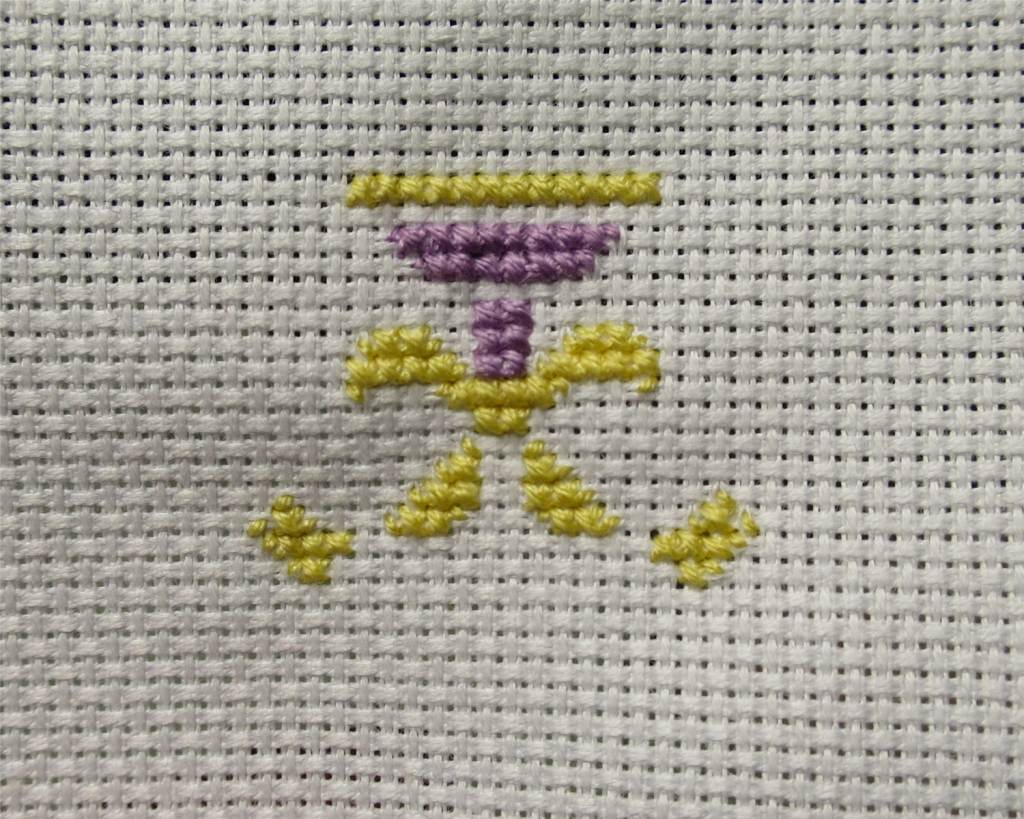 I realize that 50% of this project is fractionals. Sigh.

And then I put the project aside for awhile, as I usually do. It’s one of those things where I think about stitching ALL the time, but I only pick up a needle every few weeks. No excuse, really. I’d make time if I desperately wanted to stitch. So anyway, it was the 4th of July and we were all hanging outside by the bonfire after dinner waiting for the sun to go down and the fireworks to start. So I decided to stitch by the fire! 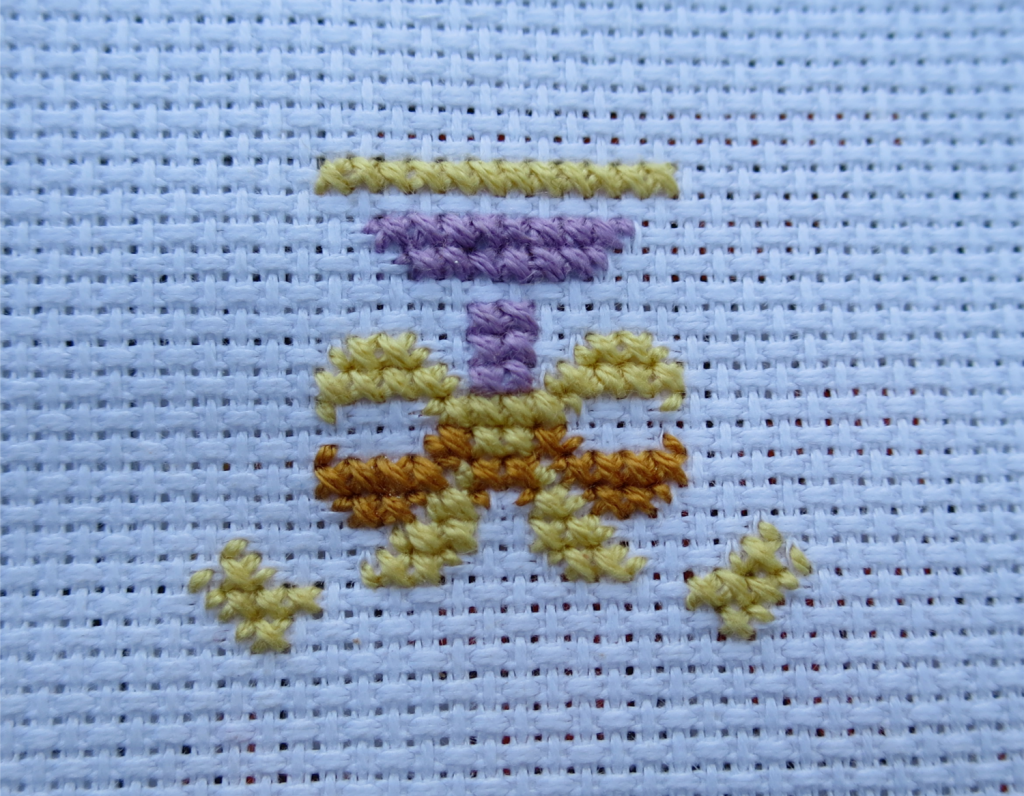 The sun is just starting to go down. 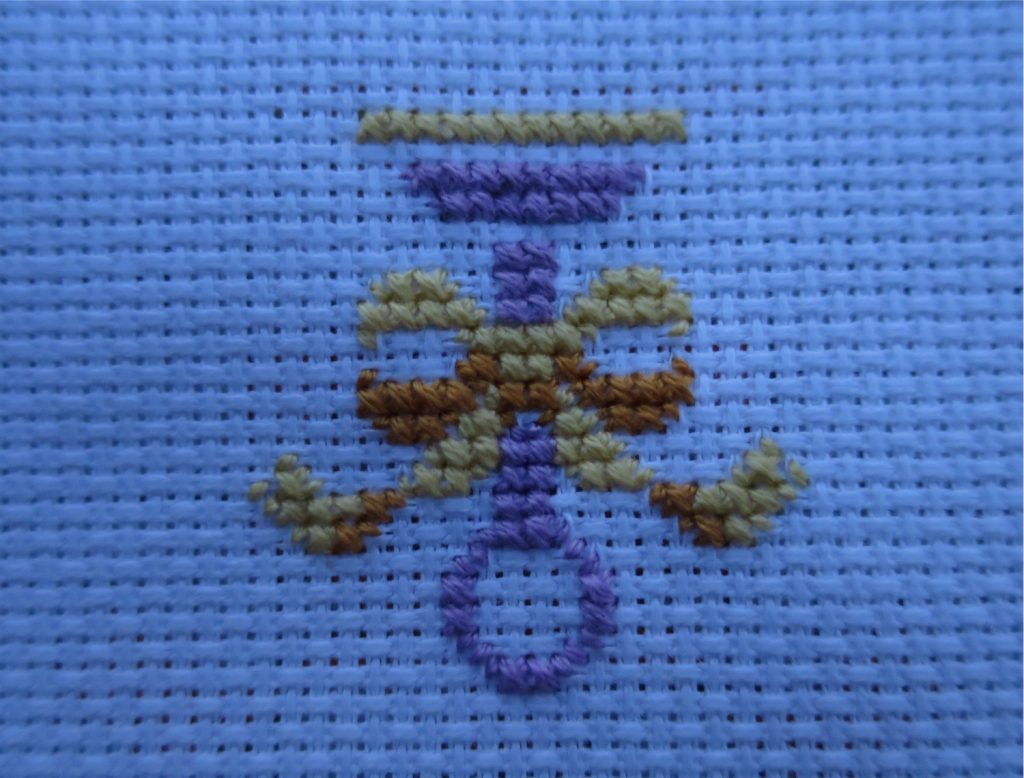 And I officially run out of light and have to stop.

Look how many fractionals! Look! The good news is at this point that the project is nearly finished… I’ve got a little more to go at the top of the rattle and then it’s just back-stitch left! Which means I got through the fractionals, pretty much. Now this is as far as I’ve gotten, but I’ve got ten weeks or so until the baby comes. Or, I might wait until Christmas and give it to the whole family along with some other stitched gifts. Haven’t decided! Either way I’ve got plenty of time left. Making good progress!

Progress Report is an update on all my stitching habits, from the kits to the stitching to the finishing process and more! Right now I am featuring a Cat-Themed Rotation of three cat-themed projects, my Wolf Dream Catcher, Seashell Pillow Cases, and a few other pieces.