Today’s Progress Report is a project I charted all by myself! I saw someone post a finished piece based on this image in one of my cross-stitch Facebook groups. I loved the piece and thought it was hilarious, so I asked the person who posted it where they got the chart. Well, when they told me where they got it and I went to look for it, the site was gone and the original chart no longer existed.

But I wanted to stitch it! So, I decided to make myself a chart! I took the original image, stuck it into a picture-to-chart cross-stitch converter, and made some adjustments to the lettering. Then I printed out what the chart converter gave me and started stitching!

I started with the border and some of the lettering, to see if it worked right: 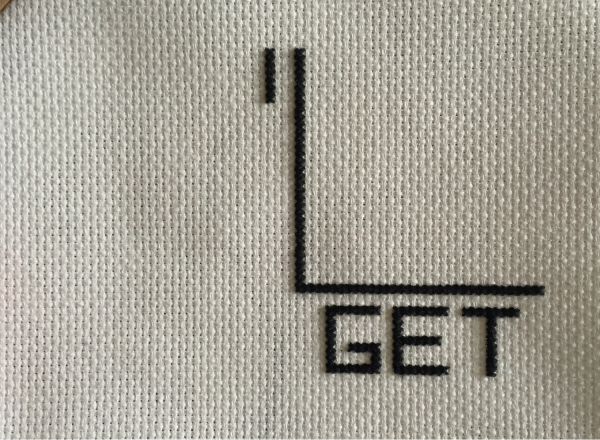 This piece is mostly outline with only two colors, so my progress is all just doing the outline of the boxes and the hands: 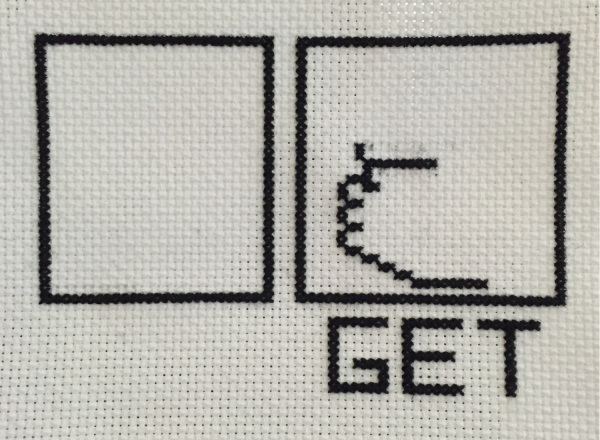 The hands look so creepy without fingers, don’t they? Can you spot the frogging I had to do because I miscounted on them? Black thread leaves a residue behind when you frog! 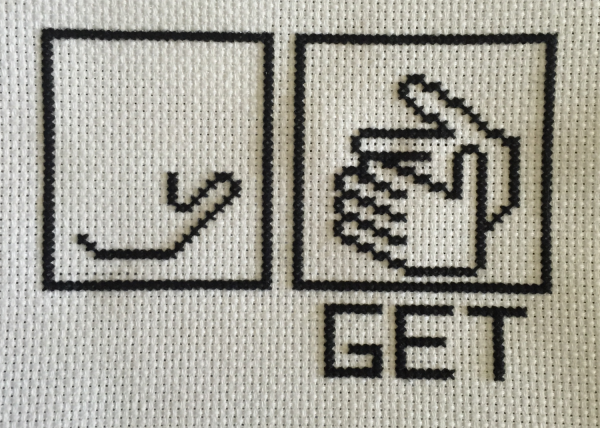 One set of hands done!

Time for some color: 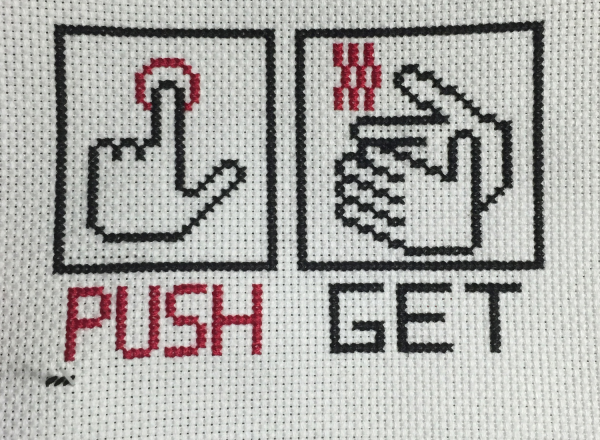 Once I got started, this was a fast stitch. I finished both boxes and started on the lettering. Only two more words to go!

And with that, we have a finish! 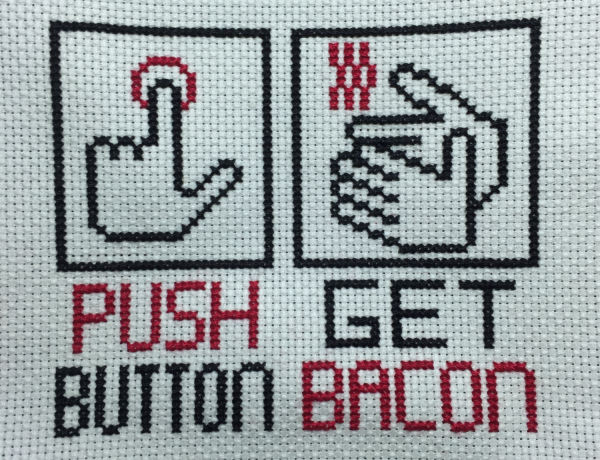 This was a fun piece to stitch! Looking at it now, I could make some more adjustments to it. But considering this is only the third time I’ve charted something, I don’t think it turned out half-bad!

Have you charted something for yourself to stitch before? How did the chart making go? Did you enjoying stitching it? Did you stitch it for yourself or give it away to someone else? Leave a comment below or hop on Facebook to let us know!

Progress Report is an update on all my stitching habits: from kits, to stitching, to the finishing process, and more! Right now the blog features a random collection of all my WIPs and UFOs.