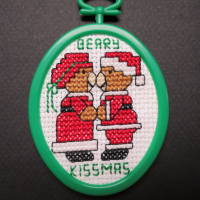 Ah, more than a year later we are finally caught up to the point that we’re to Christmas 2013 presents and finishes! The first of our two Christmas finishes is a mini kit of two Christmas teddy bears.

Designed by: Carole Rodgers for The New Berlin Co.

Distributed as a kit by The New Berlin Co. under their Christmas Ornament Kit series.

The Story: So I received this as a Christmas gift in 2012 from my aunt. I have absolutely no idea where she got it. The kit says it’s copyright 1989, and seems to be rather old. She may have found it in a thrift shop. It was still in its original package, though! Maybe she found it somewhere new. I have no idea. But I was determined when Christmas 2013 came around that I would stitch it and hang it on our baby Christmas tree.

You can read all about the progress on this project here: Progress Report: Beary Kissmas, Start to Finish

Time To Complete: A few hours at most!

Review: This wasn’t a very complicated stitch. I did mess up, though. I accidentally stitched the Santa bear’s mouth as the same color as his face and couldn’t frog it out again. So instead I just stitched over it again with the right color. I don’t remember how many stitches I did before I realized my mistake, but I know it didn’t take too many stitches to cover it up. So other than being extra thick in that area, which you can’t tell from a distance, it came out as if I never made a mistake. I had to do french knots on the eyes and nose but I’ve never had a problem doing them.

So! here is the final product: 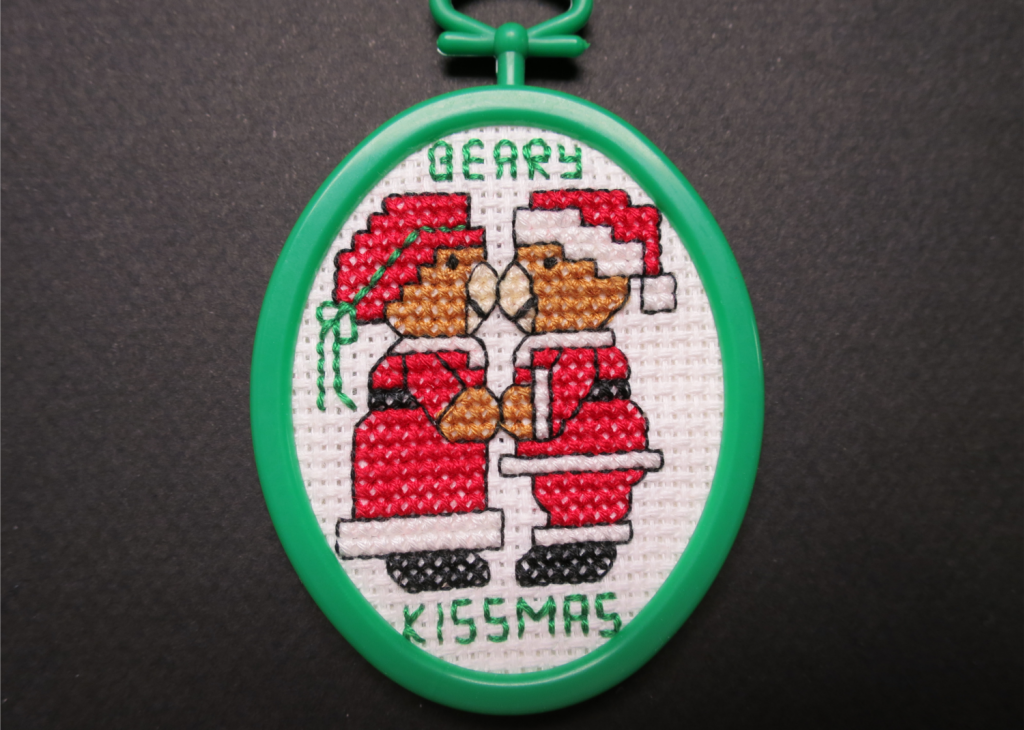 Final Verdict: I don’t know if it’s even possible to get a hold of this kit anymore. But it was fun to stitch it! And you’ve got all the details if you’d like to try and find it yourself!